The me you do not know.

Life sucks.
But for some it sucks more.
I just flew back in from the Philippines, It was more or less a yearly pilgrimage I make. My mom is there. She is living with the scourge Alzheimer's. I have family and friends who I treasure. But if I was to be selfish, I would rather go somewhere else. Don't get me wrong, the Philippines is a beautiful country. I would argue that it has the best beaches in the world. There is just so much poverty.
So when the Alexis Louise Quiza Foundation (ALQ), of which I am honored to be a director in their Board, came up with a project to feed street children, my yearly trip took on a nobler purpose. 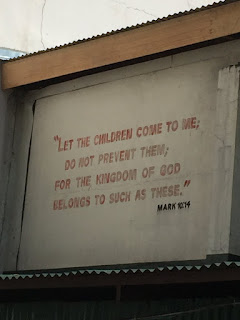 A study said that there are 1.5 million street children in the Philippines. I thought, if we even are able to provide an hour of relief, from hunger and the heat, this trip would have been successful.

So, on November 25, the ALQ Foundation bought food from Jollibee,  partnered with Childhope Asia and fed street children at the Archdiocesan Shrine of Nuestra Senora De Guia. 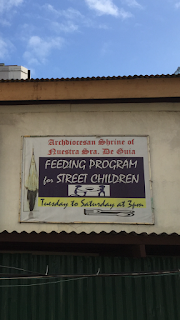 We got to the site early. Prior to the feeding, my family and I elected to stop by and have a late lunch. Yellow Cab! It is my favorite pizza joint in the Philippines. Ironically, it fashions itself after everything New York, even though it's origin is purely Filipino. Anyway... We had our fill and started to make our way back to the Ermita Church... 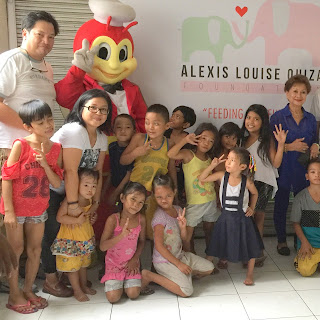 By now, a group of kids where beginning to come. They were mostly pre-teens. I noticed some of them did not even have footwear. In my head, I wondered how they got around the grimy, blistering Manila streets barefoot.

Soon the hall was full of children. There was order in the chaos. They have obviously done this before. They set up the old rickety tables and plastic chairs that have seen better days. It was HOT. There were 2 small ceiling fans. One was broken. I was drenched in sweat. And it was the end of November! I imagine it was hot as hell in summer. (This is why as a side project, we bought 5 fans to use in the hall.) This same hall is used by volunteers to give the children a semblance of school. 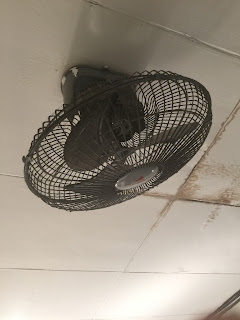 The Church, through benefactors feed this young ones one meal a day from Tuesdays to Saturdays. Our little Jollibee donation is definitely a treat. A break from the usual grub the church provides.

We were told that their usual meal for 50 children cost 1,500 pesos. That is less than $32! Definitely less than most meals I pay for a regular meal for 2 here in the States. I can imagine the meal for the children wasn't a feast.

Before the meal, I was asked to speak. I tried to wiggle out of it because, I had lost my voice a day before, but agreed because I wanted them to know that no matter how life seems bleak at certain times, there are people in the world who sincerely care for their welfare, and that they should not give up on what is good. The talk was more for me than them.

After that they prayed and thanked God for the food they are about to partake in.

What broke my heart was, we saw kids, try to hide away food on their plate...to take home for a family member...

That was the greatest lesson I learned. No matter how little you have, there is always somebody who always could need your help. I was touched that these kids would put aside the little they have for someone else. How can we not do the same? Message me for details on how to help feed street children through the Alexis Louise Quiza Foundation. 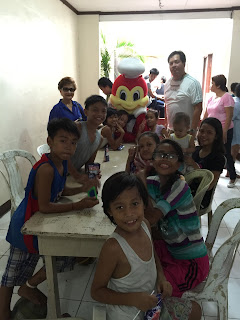